Emil in his Portable MPS seat 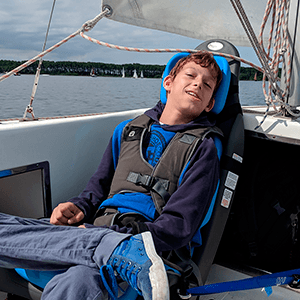 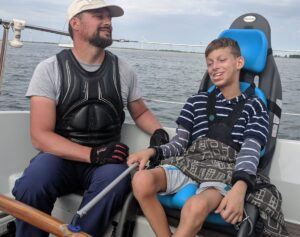 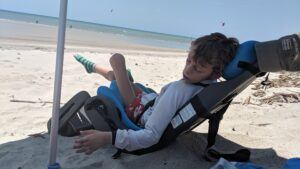 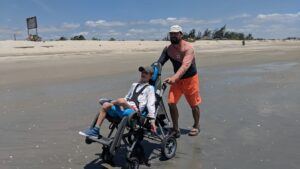 Emil has significant issues controlling his movements. He needs a stable and safe positioning to feel comfortable. At the same time he has a lot of dystonic movements, casing him to hit against his face (with his legs or hands), or against other objects in the vicinity. At the same time, he is very curious and active child, enjoys traveling and visiting new places and trying new activities.

We were looking for a seating system for Emil that would on one had be safe and comfortable, but also durable, portable, flexible, and easy to wash. These are a lot of (possibly contradictory) requirements, which the Special Tomato MPS system has mostly successfully fulfilled! The seat Emil is using now is comfortable and can be well adjusted for him through the use of different inserts. By adding some belts and attachments Emil can feel secure and stable. The base (although a bit heavy) is very durable and resistant to abuse. In the past Emil was destroying different seats we were using within a few months due to his (sometimes) violent movements. Also, the seat can be easily used in a buggy, in the car, in a plane, and – as can be seen in the photos – also in many other places: on the beach, in a boat, in the snow… It is a bit a shame that it cannot be placed in the high-low system, which could be very useful at home (as the high-low system requires permanent attachment of the seat). The seat is also easy to clean!” 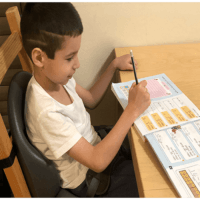 Daniel in his Sitter Seat

Go To Sitter SeatGo To Liner ClassicDaniel with his Sitter… 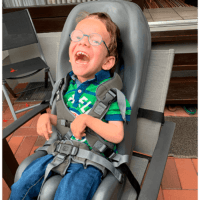 Tammo in his Sitter Seat 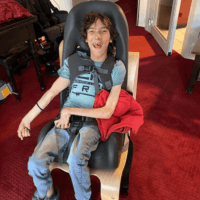 Tim in his Sitter w. Mobile Base 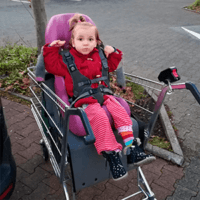 Tammi in her Sitter Seat 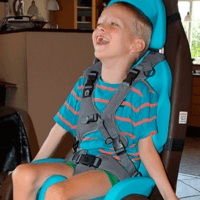 Louiss in his MPS Seating System 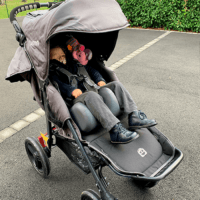 Colette In her EIO with Sitter Seat